John Kaparelis, Kai Ooi and Matt Callaghan ran their virtual marathon around Albert Park starting around 4am Sunday, December 13. They ran as a group for the early laps, but separated after half way.

David Foskey joined them at around 6:30 am to take a few photos. 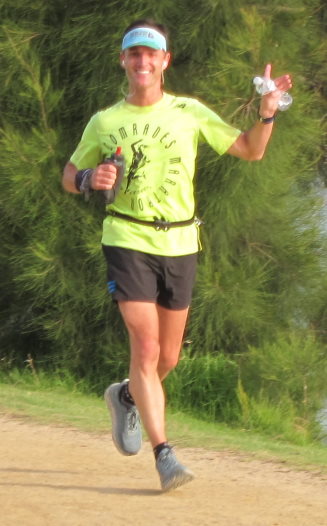 Matt Callaghan (S1269) was first finished by a comfortable margin. 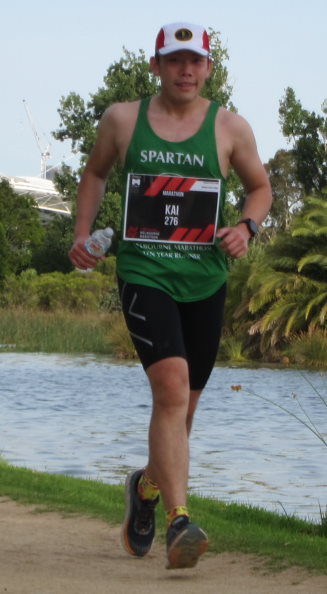 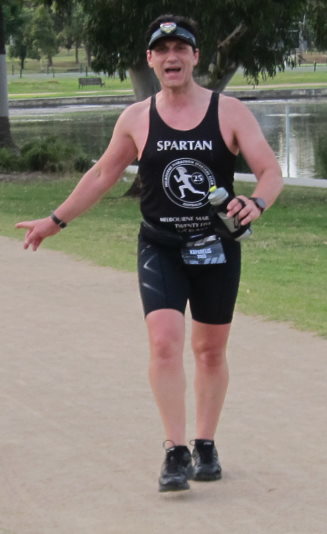 John Kaparelis (S0749) was third, like Kai not having trained sufficiently for the distance.

John Kaparelis has sent the following report of the run.
“Let the truth be told.
The Spartan Trio was being professionally paced by Matt at an even 6:45 per km.
We commenced at 4am and planned for a 9am finish.
Kai had stopped to take a photo of the lake.
I then stopped to take a photo of Kai and the lake.
In the background we could hear our pacer Matt shouting at us for stopping and disrupting our 6:45 km pace.
At that point I think our pacer Matt gave Kai and I the sack and then took off like a bullet to finish in 4:22 to be on time for a 9:30am coffee appointment with friends in Brighton.
Kai then re-energised himself with the 1 minute photo break and took off finishing in 5:03.
I couldn’t continue running on the gravel track due to sore feet from an old pair of runners I was wearing and continued to run on the outside grand prix road track finishing in 5:26.” 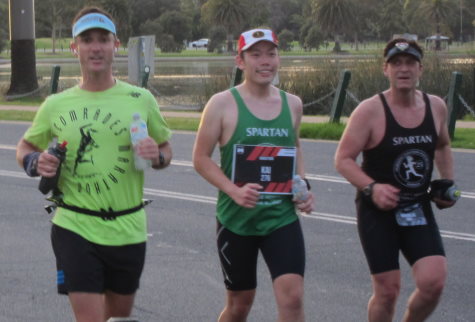 Matt, Kai and John around half way before the group broke up. 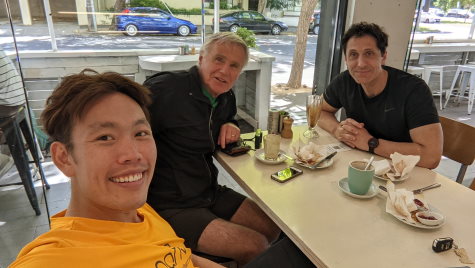 Kai, David and John enjoying a civilised cup of coffee. Kai and John congratulated themselves on starting early before the sun started to bite.