Robert de Castella, our Patron, sent a message to John Dean in 2005 when John was still President of the Melbourne Marathon Spartans. Although the message is now several years old it is still as fresh and pertinent as it was then. 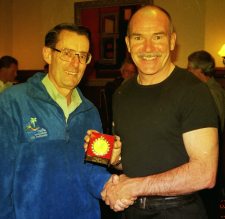 Past President John Dean receiving his 25-Year medal from Deeks in 2005.

You are all a very special group of individuals and are a constant inspiration to those of us that love the marathon.

To me life is not about taking the easy path. Life is about moving yourself outside of your comfort zone. Today too many people, kids and adults alike, don’t want to push themselves. This is sad because it is only when we are under pressure and when we are forced to extend ourselves to our limit that we realise how wonderful and amazing we are, and realise what we can really achieve.

You are individuals that have chosen to extend yourselves beyond your comfort zones, and by doing this you experience what many other don’t even know exists. It makes your lives richer and should make each and every one of you proud.

To me this is what it means to be a Spartan. To actively pursue a life where you extend yourself and are not satisfied with being just ‘one of the pack’. This obviously goes beyond just running the marathon, and extends into how we live our lives.

Congratulations and my very best wishes to all of you that are running this year. 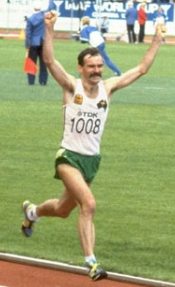 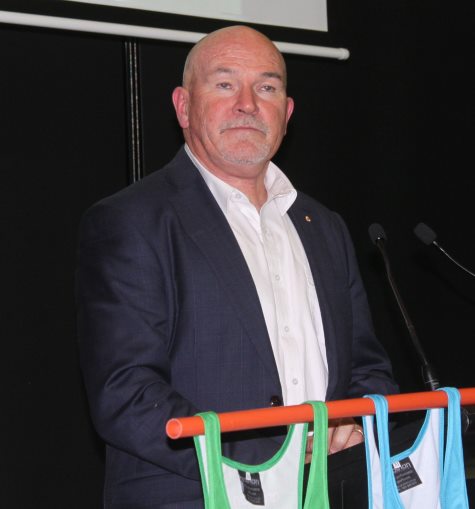 Robert now devotes much of his time to the Indigenous Marathon Foundation.

Robert gave an in-depth interview in 2014 to an ABC program. Thanks to Bruce Hargreaves for the link.

See this youtube video for two minutes of highlights of Rob’s career. 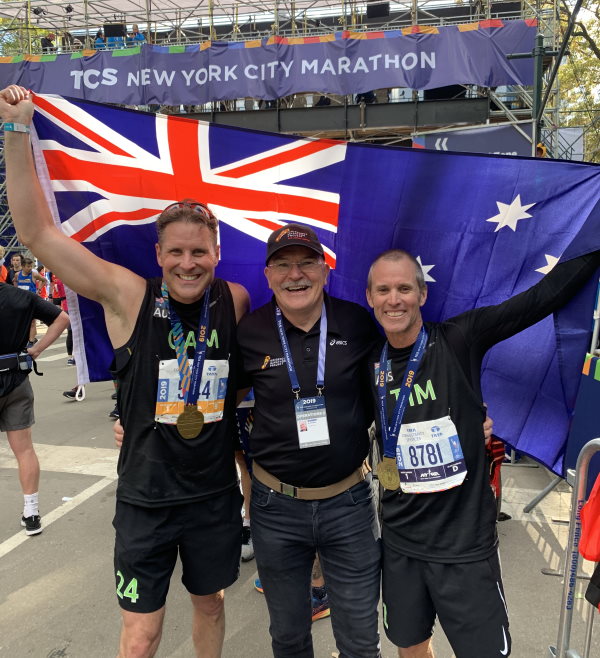 Tim Fearn-Wannan (S1133) provided the photo at left taken after the 2019 New York Marathon. Tim, who is at the right of the photo, said: The travel group I was with for NY has a partnership with Deeks and the Indigeneous Marathon Project.

I got to go along to a meet and greet with him and this year’s graduates a few days before the marathon. They all spoke and it was really powerful and moving. He’s doing great things with the IMP.