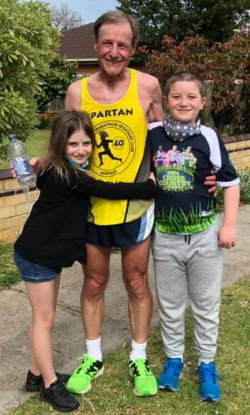 Wayne is one of the five Spartans who have completed all 42 Melbourne Marathons. At the age of 68 he is more fiercely dedicated to running, health and fitness than he was in his twenties. Now largely retired, he can dedicate more of his time to training.

In total, he has completed 54 marathons in 43 years.

He is pictured at left with two of his grandchildren, Olivia and Bailey. He received a great deal of assistance from members of his family who acted as his support crew.

The Aim
To complete the Virtual Melbourne Marathon, and to measure himself against other runners in his age-group. Wayne’s best Melbourne time of 2:40:36 was set in 1982 when he was 29, his best ever time of 2:36:45 was run in Canberra also in 1982. In absolute terms, those times are a distant memory. He ran 3:20:08 in the July 2018 Sri Chinmoy Marathon so certainly has recent form.

As you will read, he has strong ideas on nutrition, hydration and training. You will also discover that his preparation for this run was meticulous.

Long Term Training
Wayne writes “I have daily records from August 2013 and it’s clear as I insert line graphs by selecting entire columns that the past 3 years have been improving in volumes, consistency/frequency and intensity as there are times for many days, or interval sessions in days.”

Recent Preparation
” … my building really commenced in July …. The slight dip at the 12 weeks is the taper for the October 4th and two weeks recovering lightly before a big 6 week build for December and a two week late November taper.” (Wayne also ran a virtual marathon on October 4.)
Click on the image at left to see a larger version of the spreadsheet.

The Course
Wayne has created a marathon course in his local area of Seaford. He does not use a GPS enabled watch. “The course is at least 10mtrs over 42.2km measured by 4 people on 6 occasions. It’s the best Marathon course in Australia.” 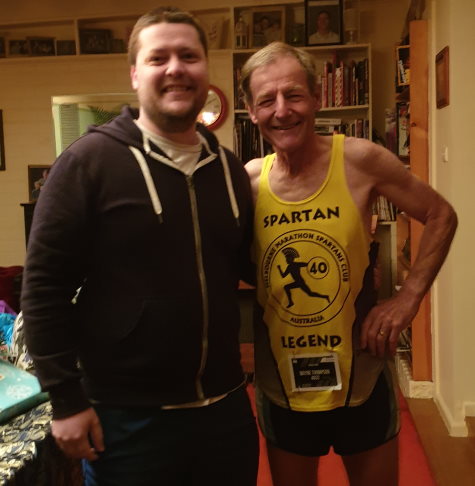 “Braeden arrived and drove me 2k to start. Stuart, Leonie and kids were there for 5am start. I had a 50 metre walk then 200ml of water with two big teaspoons of coffee and 3 tablespoons of sugar in it with 30sec to go to start. I had prepared it last night and refrigerated it. It’s rocket fuel but legal. I think.”

The Run.
“Off we ALL went on 48min per 10k to 30k and then a slight pace drop from persistent tiny calf cramps, perhaps short of longer runs, or taper rest, but no breath problem at all and conscious push to end. It was a gorgeous cold morning and my thumbs were numb for over 5k, no perspiration for over 8k. Stuart, Leonie, Bailey and Olivia all there at 5am start and rode first 10km with Braeden and me. Braeden was unbelievable on drinks supplying. Then they came back two and a half hours later to see me finishing, Olivia ran final 100mtr with me and Stuart videod it.

Fluid Intake
“I had also prepared 16 x 140ml pop top drinks which Braeden carted in his bike backpack and handed me as I put a hand out. Perfectly! Eat your heart out Eliud, and Cadel Evans even. 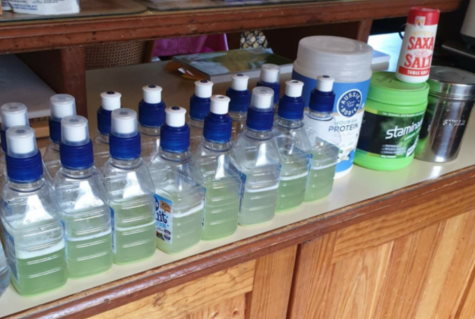 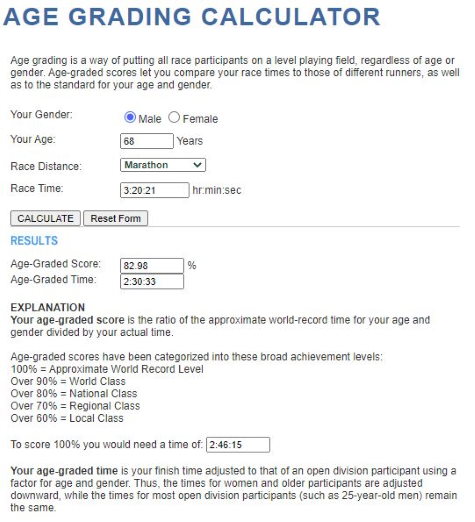 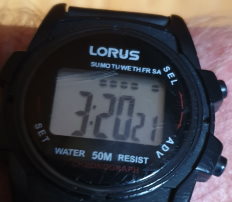 “Everything went perfectly.
Best relative marathon I have managed which rates as 2hr30m33sec on Runners World conversion calculator for a 68yr old male.

Remember, who needs a GPS watch?

Here is a video of the finish in MP4 format. 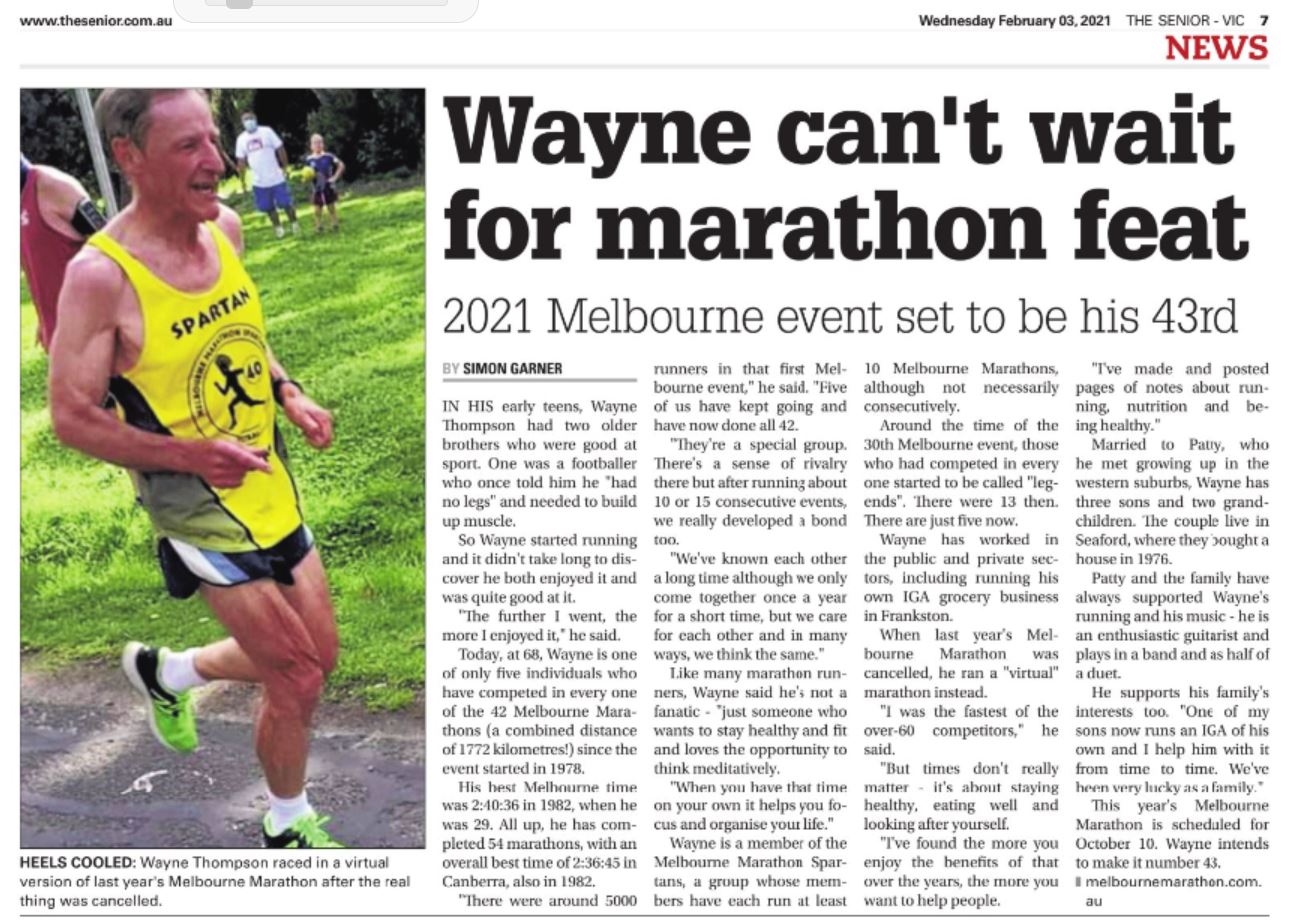 This run was the subject of a recent story in the Victorian edition of “The Senior”. Click on the image at left to see a readable version of the story. 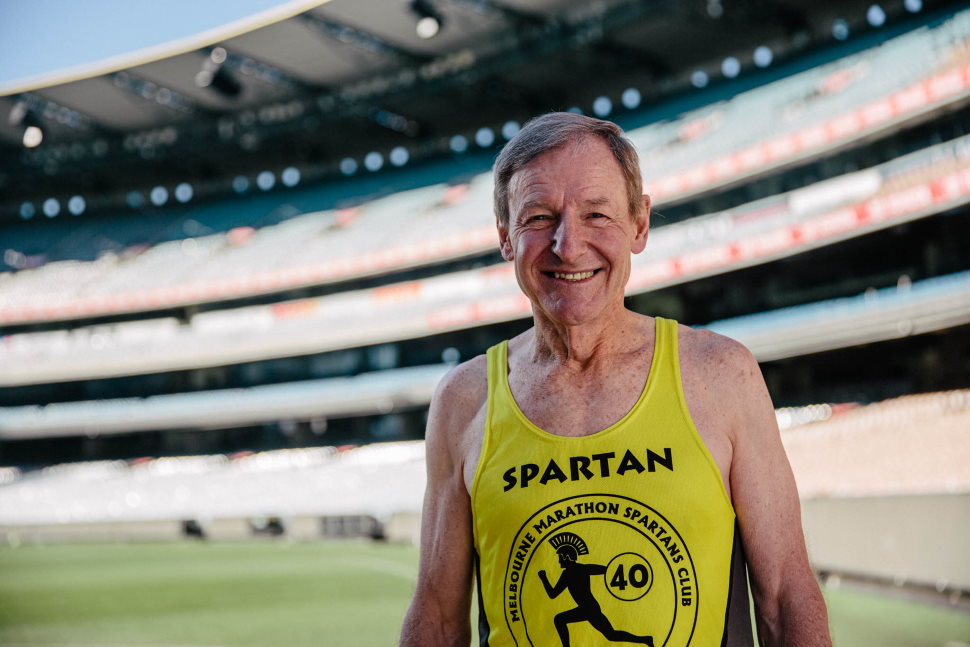