In 2016 when Brenton was inducted as a Spartan, he was 18 years old and Vice-Captain at Glenallen School Glen Waverley. He also attended the Cerebral Palsy Education Centre in Glen Waverley. He is an enthusiastic participant in a number of sports including running, swimming, bowling and hockey. 2016 was the tenth time he has completed one of the shorter events associated with the Melbourne Marathon Festival. He was honoured for this at the 2016 Annual General Meeting. He has now (2022) completed 14 runs, and is line for a 15 year singlet in 2023! 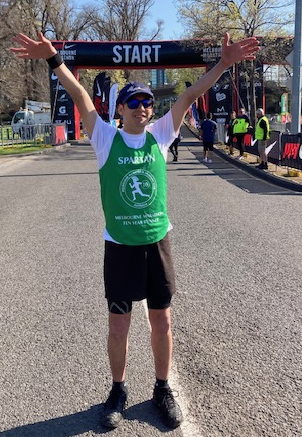 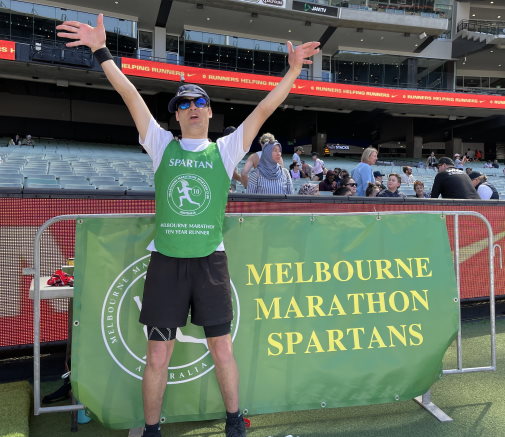 Brenton prepared this document for us in 2019. It shows photographs of Brenton from his early Marathon Festival days, and at the end it has a link to Brenton’s appearance on the ABC’s Gardening Show.

Brenton also features in this video created before the 2016 Melbourne Marathon Festival. 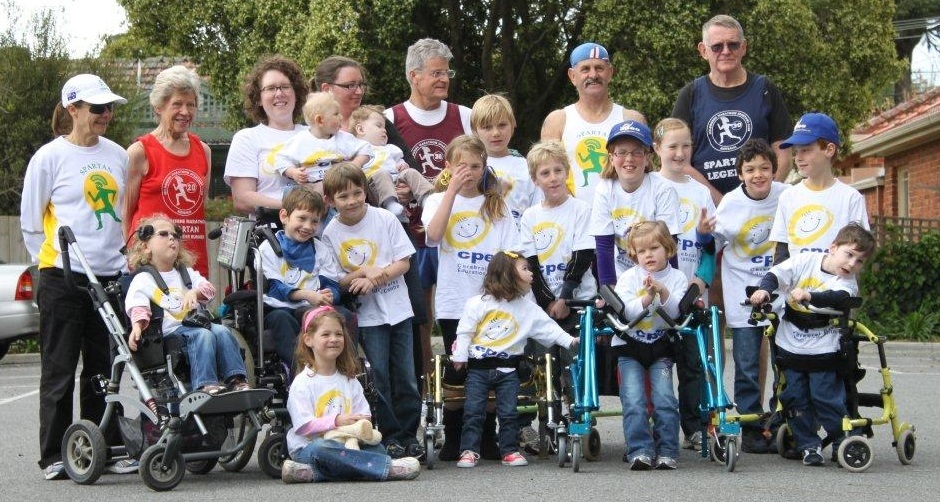 A group photo of CPEC participants before the 2010 event. Brenton is standing second from right in the middle row. His sister Vanessa is to his right. Spartans in the picture are Jane Sturzaker, Judy Wines, Grayson Summers, John Dobson and Peter Battrick. 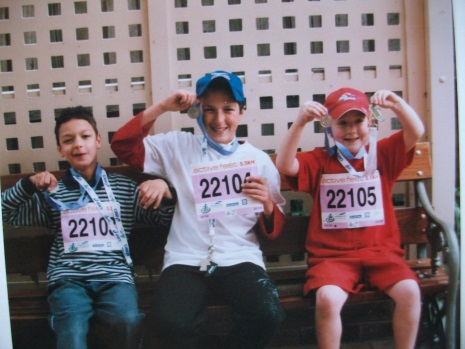 Brenton with brother Matthew and sister Vanessa showing their finishing medals in 2007.

The picture at right of Brenton collecting donations is a reminder that CPEC is the official charity of the Melbourne Marathon. Follow this link if you’d like to donate.

CPEC friends and families support the Marathon Festival by providing volunteers on race day. About a dozen Ponza family and friends man drinks stations arriving at 4am.

Brenton collecting donations before the 2013 event. 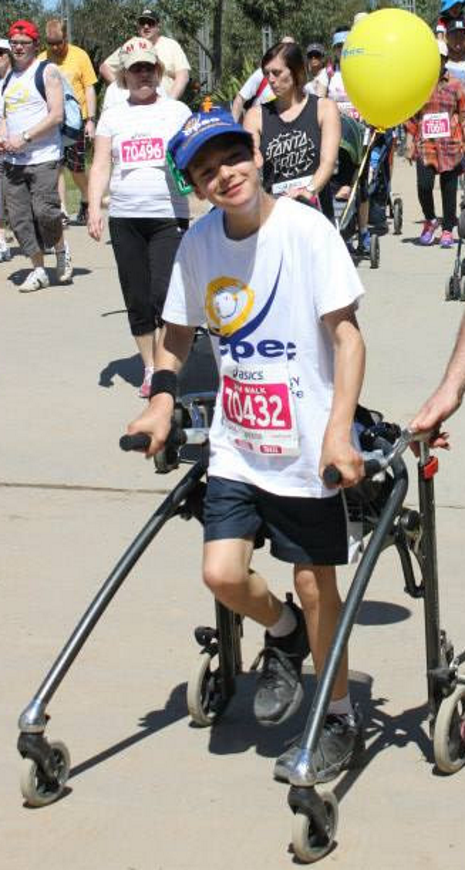 Brenton competing in the 2014 event. 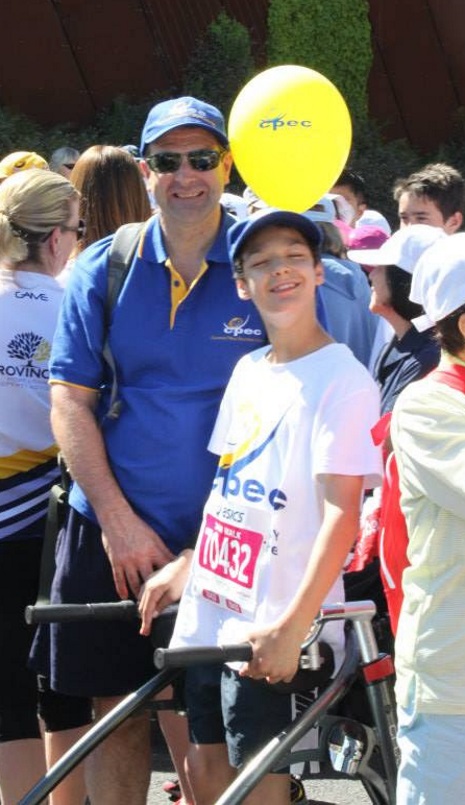 Brenton with his Dad Elvio. 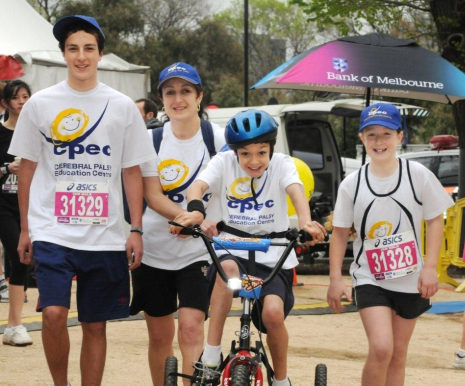 A family affair, 2012: Matthew, Helen, Brenton, and Vanessa. Vanessa has walked with Brenton every year. 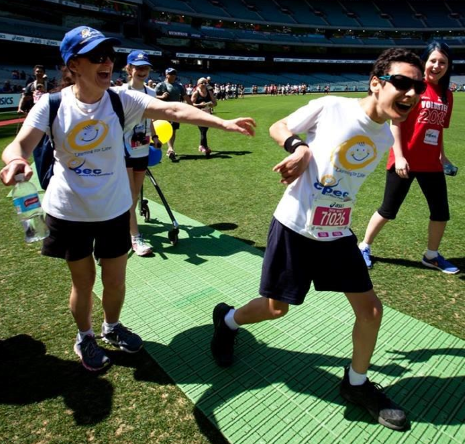 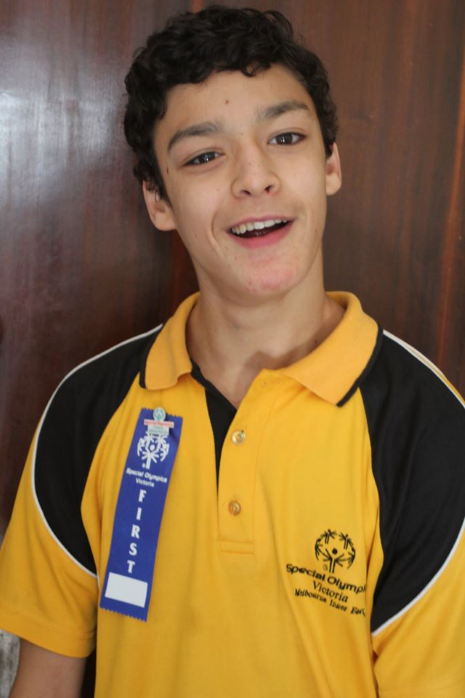 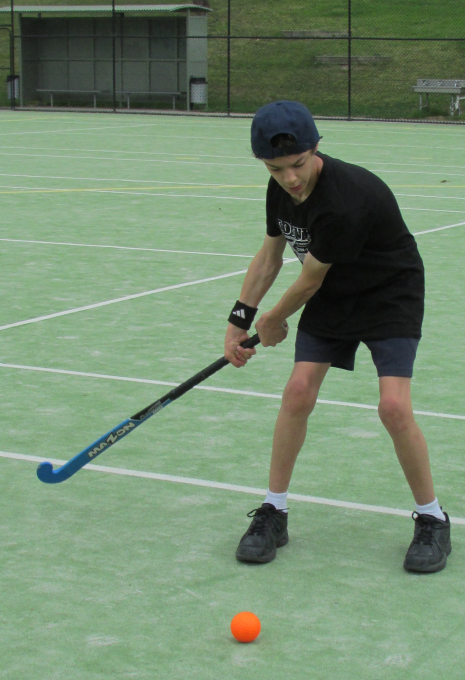 Helen says: We are a hockey family and Brenton’s sister Vanessa, who is now 15, was just awarded the Pierre de Coubetin Award by Hockey Victoria for all her efforts in this sport. Brenton would love to belong to a hockey team but cannot find one that will accommodate him so he practices when ever he can at Vanessa’s school hockey ground. 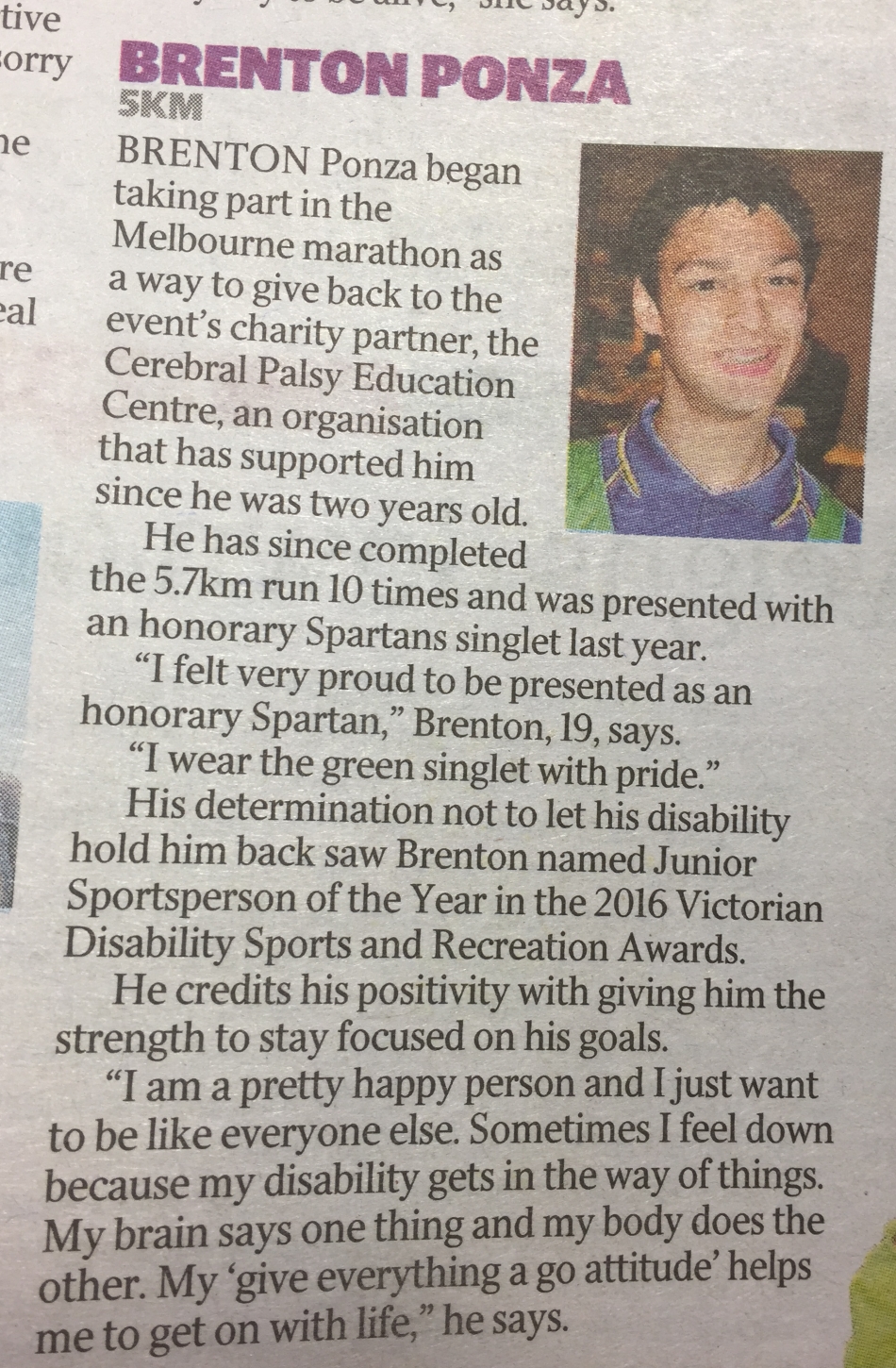 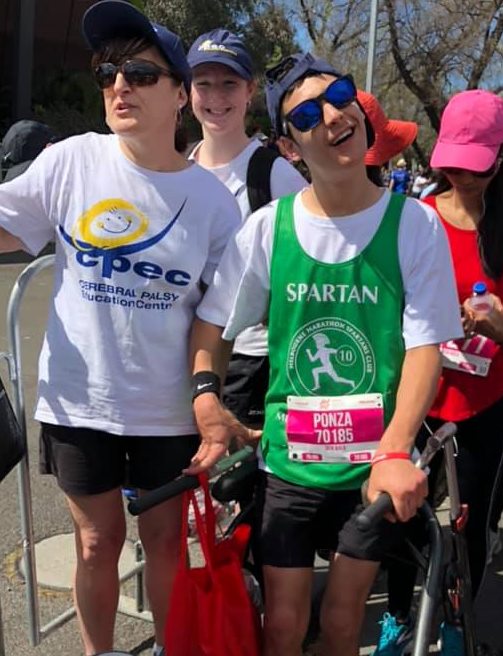 Brenton competing in the 2018 event. 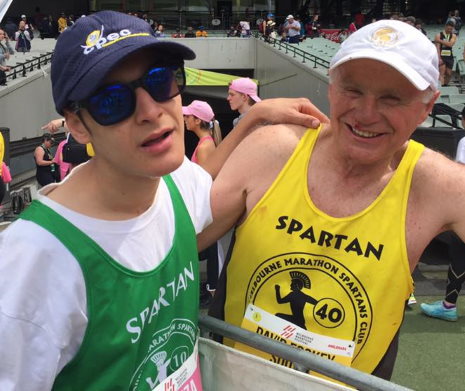 Brenton with David Foskey, proud that they have each completed another Melbourne Marathon festival event. 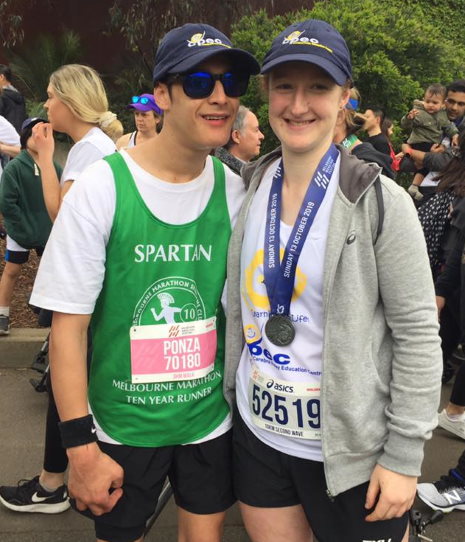 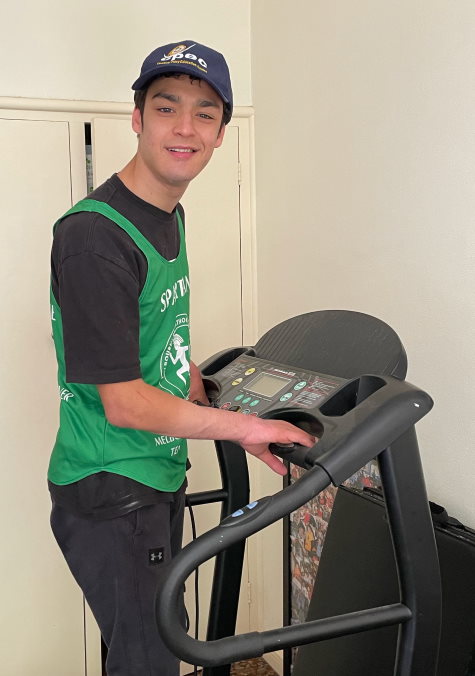 The scheduled, pre-Covid, date for the Melbourne Marathon Festival was October 10. Spartans were asked to wear their singlets if they trained on that day, and send us a photo.

Brenton was one of many who responded. Here he is, training indoors.

Brenton has been helped to fulfil his ambitions through the work of CPEC, the Cerebral Palsy Education Centre. See their website here