We’ve looked at this subject before, the steadily increasing proportion of female finishers in the Melbourne Marathon from 1978 to 2012. The trend continued in 2013 and 2014, as shown below: 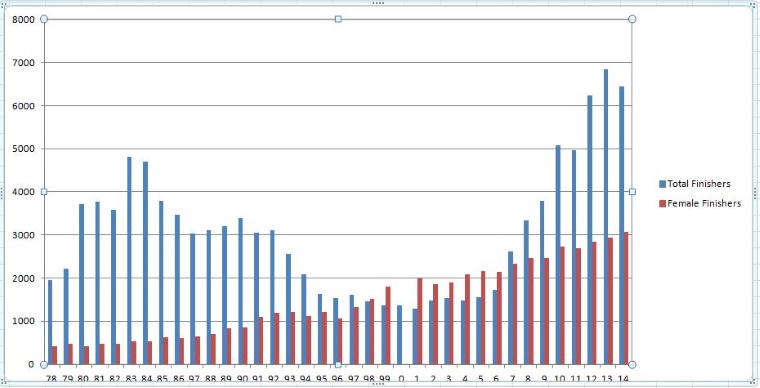