Continuing a tradition, we have graphed the finishers of all Melbourne Marathons, 1978 to 2015. 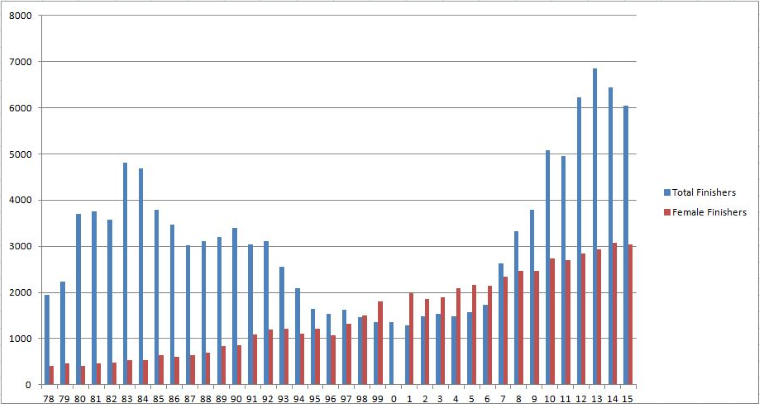 Recent years have seen a gradual increase in the percentage of female finishers, but the 2015 percentage (30.48) was a little lower than that of 2014 (30.75). Perhaps more disappointing is that the total number of finishers decreased for the second year.